Quote of the Day | On alleviating poverty through transportation solutions

Posted on October 6, 2010 by endangerededen

Over a billion people worldwide lack adequate access to transport. Most live in rural areas cut off from markets, clinics and schools. 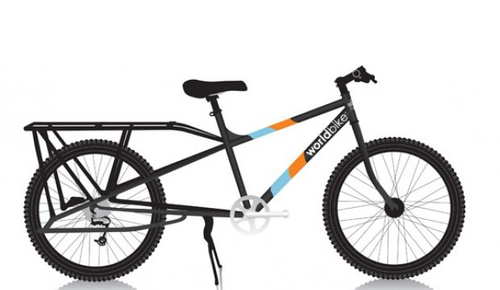 The most common way to get from point A to B in these regions is on foot. Walking may be inexpensive, but it’s also inefficient when journeys involve long distances, heavy loads or urgency of arrival, as is often the case in rural communities. Increased mobility in these regions puts distant markets, schools and clinics within reach. Without it, development stalls.

Rural families with enough money to buy bikes use them the same way we use trucks and school buses. Unfortunately, most bikes that are locally available are ill suited for carrying loads and don’t withstand the harsh conditions of their use. Before long, they break down and require repair (which can be costly) or are abandoned.

The right kind of bicycle is an ideal low-cost, efficient and sustainable development tool for the rural poor. Bicycling is on average three times faster than walking and significantly less costly than motorcycles and cars. A durable cargo bike can increase carrying capacity five-fold over “headloading,” the most common form of rural transport which involves carrying goods on the head. While inexpensive, headloading is inefficient and drives gender inequity.